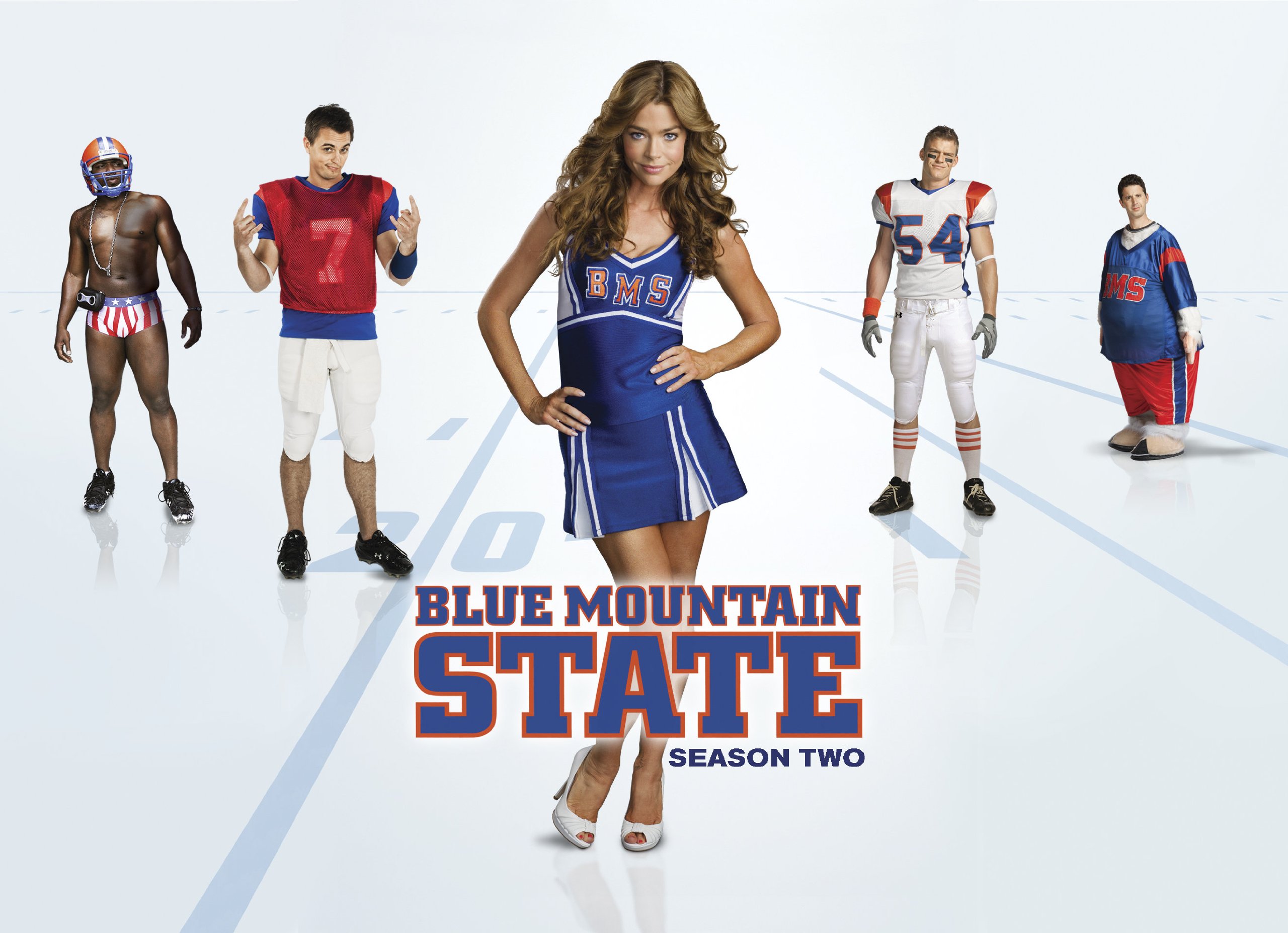 Blue Mountain State is an American television sitcom that premiered on Spike (now Paramount Network) on January 11, 2010. The series is about a fictional university, Blue Mountain State, and its football team, the “Mountain Goats”. It portrays certain aspects of American university life, including college football, sex, binge drinking, drugs, wild partying, and hazing. Over the years, due in large part to being streamable on Netflix, the series has developed a cult following.

In February 2012, it was reported that Blue Mountain State would not be renewed for a fourth season.On April 8, 2014, The BMS Movie was announced and a Kickstarter launched on April 15, 2014. The Kickstarter campaign reached its goal of $1.5 million on May 11, 2014, and the film was released in February 2016.

In the second season, the pressure is on COACH DANIELS (Ed Marinaro) to deliver a winning season after an embarrassing showing last year that almost ruined his legacy and put his five National Titles in question. The Goats are lead on the field by their overzealous team captain, THAD CASTLE (Alan Ritchson) and freshman quarterback sensation RADON RANDELL (Page Kennedy), whose rap sheet is almost as big as his ego. Off the field the team is lead by ALEX MORAN (Darin Brooks), the second string quarterback who is content with riding the bench, and his best friend and team mascot SAMMY CACCIATORE (Romanski). Sammy’s troubles will also multiply this season when his party-girl sister, MARY JO CACCIATORE (Frankie Shaw) enrolls in BMS. With the pressure on Coach Daniels and a revived determination to win another title, the Goats are ready to kick off a new season of football, parties and beautiful women.

The nastiest sacks in college football are back in a new season of balls-out comedy. Whether they’re guzzling beers, hazing cheerleaders, kidnapping mascots, or crippling opponents with low blows, The Blue Mountain State Goats come ready to play hard and party harder.

Controversy
In response to last season’s dismal outcome, Coach Daniels brings in a new star QB who turns out to be a loose cannon, taking Alex on an increasingly dangerous adventure. Meanwhile, Sammy’s sister, Mary Jo, arrives at BMS and joins the cheerleading squad after some hazing.